Pichavaram mangrove spanning 1478 Ha, is located between two prominent estuaries, the Vellar estuary in the north and Coleroon estuary in the south of Cuddalore district. The Vellar-Coleroon estuarine complex forms the Killai backwater and Pichavaram mangroves. The backwaters are interconnected by the Vellar and Coleroon river systems and offer abundant scope for water sports such as rowing, kayaking, and canoeing. The Pichavaram forest not only offers waterscape and backwater cruises but also another very rare sight – the mangrove forest trees are permanently rooted in a few feet of water. Like other mangrove wetlands in India, Pichavaram mangroves support unique diversity of flora and fauna. The mangrove ecosystem acts as a bio-shield during natural disasters, holds and stabilizes shorelines, retards erosion and acts as a buffer zone between land and sea, and helps in adaptation to climate change. According to Biogeographic classification of India, Pichavaram mangroves fall under the Coastal Region of India that encompasses sandy beaches, mud flats, coral reefs, mangroves constituting 2.5% of the total geographical area. It is one of the largest mangrove ecosystems in India. It communicates with the sea by a shallow passage which is the only opening in the sandy littoral stand. There are numerous channels in the mangroves linked with the sea on one hand and the rivers Vellar, Caloroon, and Uppanar on the other hand. The mangrove cover in Pichavaram can be grouped with coastal forests of Cuddalore Forest Division spread over 1478.642 ha. Due to the diversity of habitats, the vegetation of the Pichavaram Mangrove Forest is equally diverse, ranging from Dry Evergreen Forests, mangrove vegetation, and salt marsh. 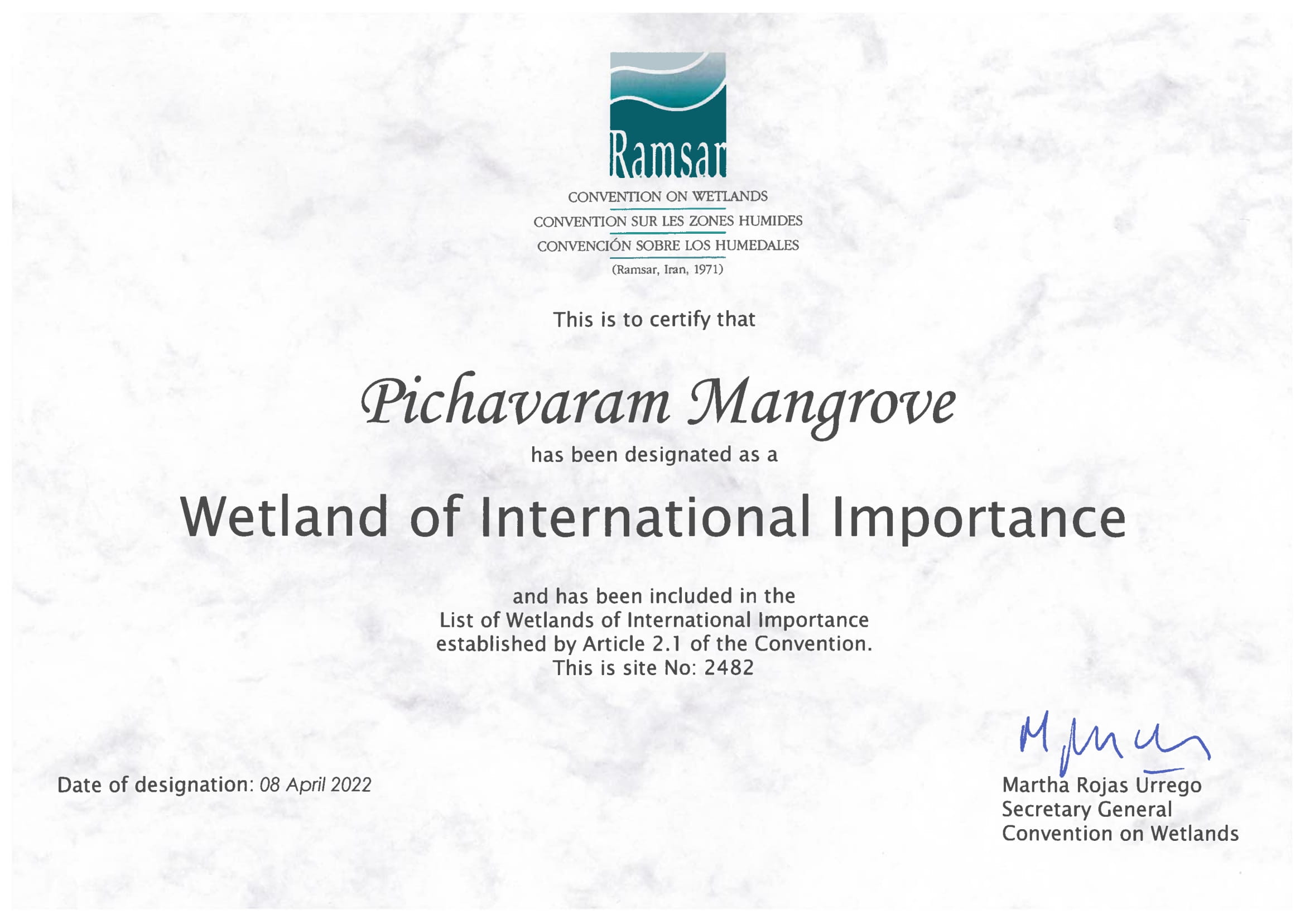