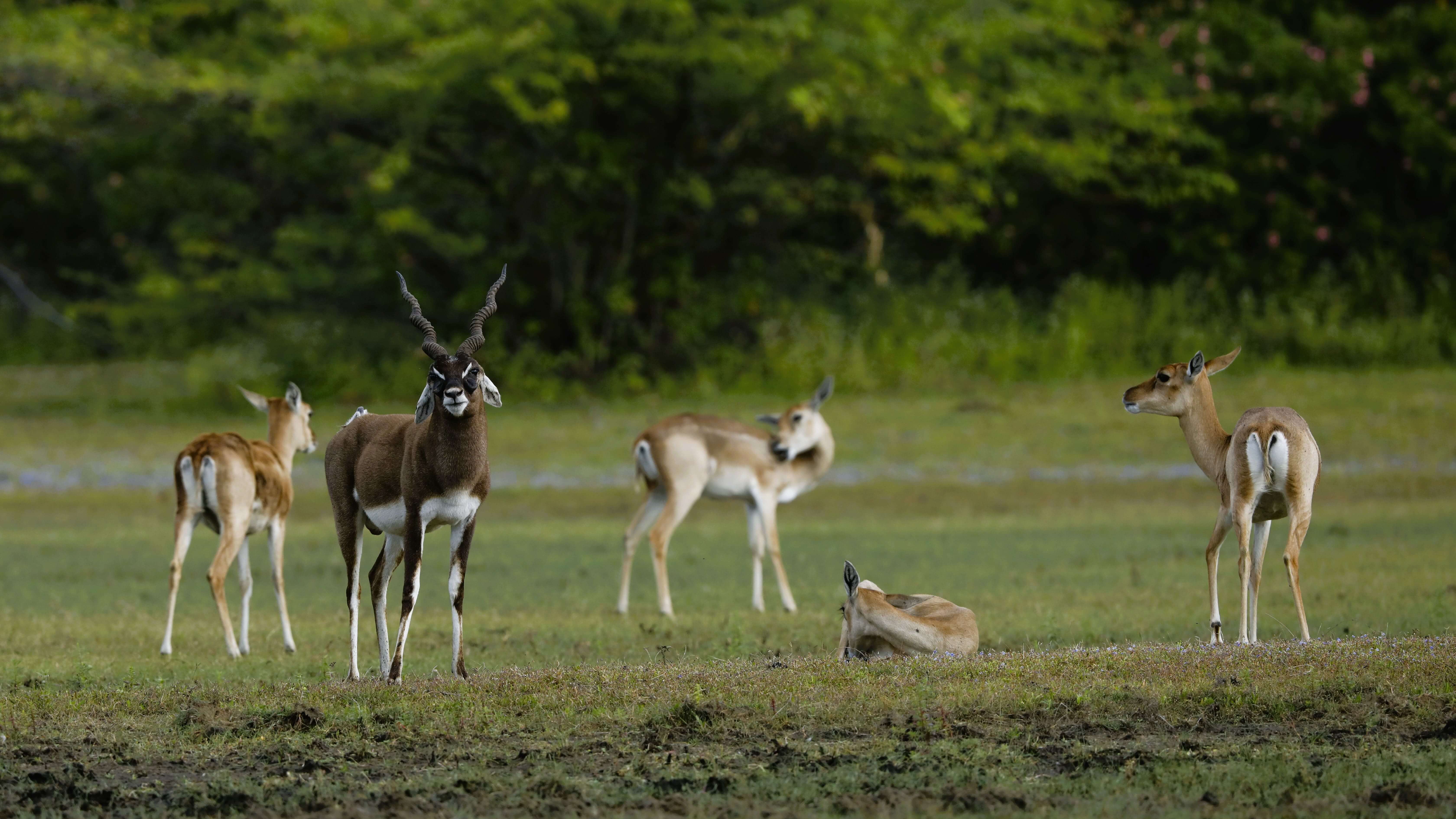 The Point Calimere is situated at the southern end of Nagappattinam District, Tamil Nadu, the Point Calimere region was first identified as an area of high significance in conservation of birds. As the monsoon recedes, the water gradually dries up and by the end of January most of the water in the forest and low lying areas becomes saline. The water dries up completely by the end of January, leaving behind hardpacked mud, which gradually turns into soft powdery dust as summer advances. The other habitat types include stretches of open grazing lands (ca 7 km2), especially at the southern and western portions, some mangrove vegetation bordering the Muniappan lake and near the lighthouse, and dune vegetation on the coast. The habitat varies seasonally in the eastern two-third part of the GVS. It is a continuous sheet of shallow, fresh/brackish/saline water (depending on the season) during the monsoon and during the period of the southwesterly winds (May and June). At other times, the waterspread area dries up gradually north to south up to a few kilometres, creating mudflats and shallow pools. he average rainfall ranges from 1000-1500 mm (Meher-Homji 1984). The highest temperatures (ca 34°C) are recorded in May, and the minimum (ca 25°C) in January and February. Humidity remains relatively high and constant throughout the year. A marked feature of the climate of this region is the strong southwesterly winds during May and June. The soil deposits are essentially of fluvial and alluvial origin, besides sand dunes. These alluvial deposits have risen to the ground level, thereby exposing the soil to inundation only during high tide.