Vaduvur bird sanctuary spreads over an area of 112.638 ha, is a large human-made irrigation tank. It is situated in Needamangalam taluk, Thiruvarur district with part of the Cauvery delta and hence dependent on the release of water from Mettur dam. It is surrounded by a large bund on the southern side and a short bund on the northern side, as the elevation serves as a natural bund. Bunds help in holding the water up to a depth of 2.5 m. Four outlets and discharge canals are present. Potable groundwater is available at a depth of about 20-50m. Being a freshwater habitat, no seasonal fluctuation in salinity is observed. Interconnected by an ancient network of canals, and fed by the Mettur dam. Agriculture is undertaken around and the wetland and ground water used for irrigation. The wetland plays the primary role of buffering by acting as a sponge during events of floods and extreme rainfall. It is a major source of ground water recharge. There is significant runoff from the surrounding catchment and the wetland acts as a sink for sediments. 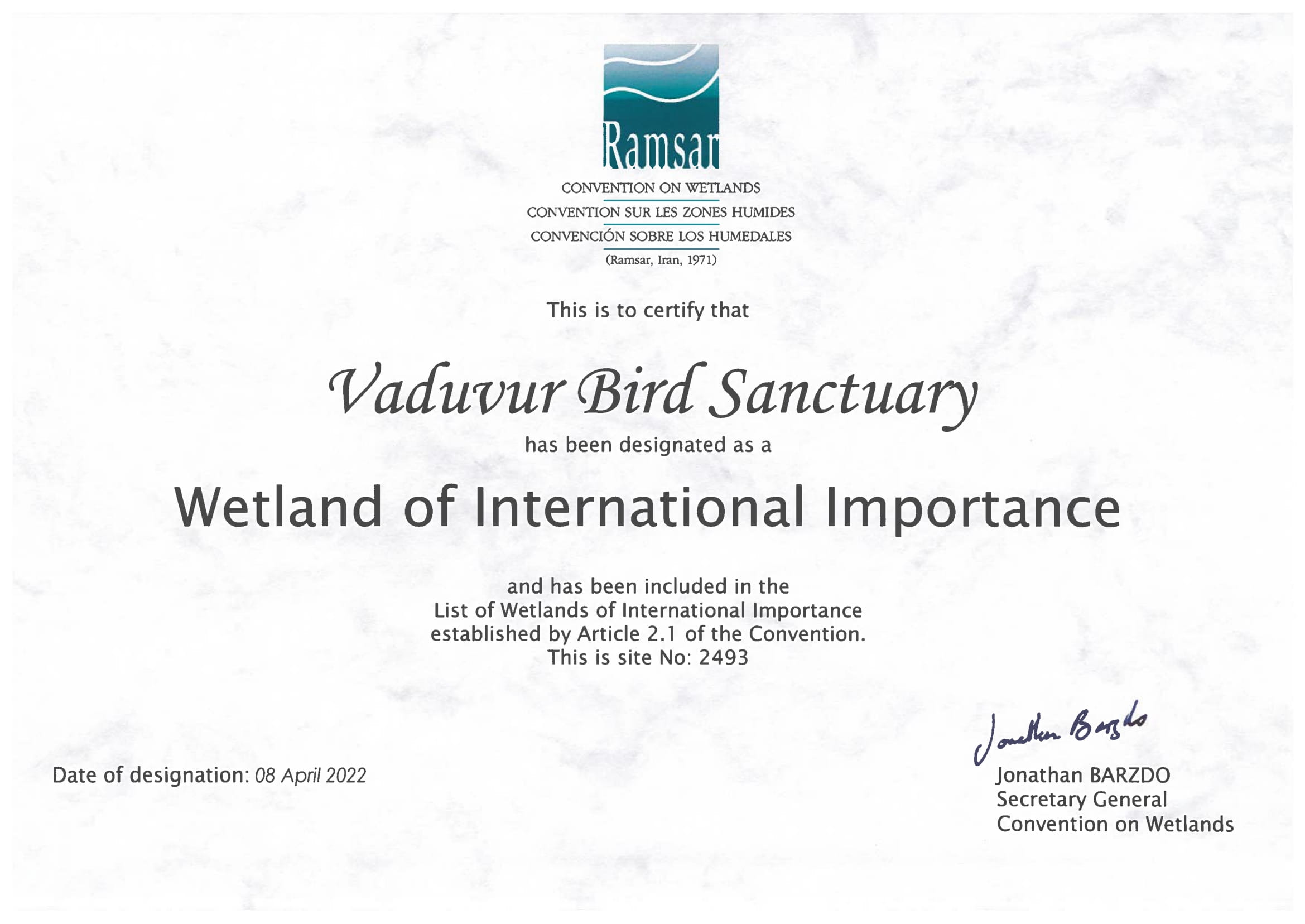